I tried out the recent changes at Lulu by publishing a series of books by Laura E. Richards

from the 1890s. The new publication process has a few changes, both good and not-so-good:

Now you can choose all aspects of your book format on the first page, and easily see which formats are acceptable for retail distribution by a green check symbol. You can also get information on available volume discounts, and the cover  measurements, including the spine width for your number of pages (important for cover design). There are more photos of the available cover styles  and bindings,

too. They have a distinction between “standard” and “premium” paperback formats now—you’ll need to choose a premium format if you want retail distribution or cream-colored paper. There also seems to be less choice of paperback finish—the formats I’ve looked at so far are only available as glossy.

I also noted that for the new “standard” paperbacks, there do not seem to be any volume discounts available.

The Content Creation Wizard follows the book type selection page, and it is largely the same as it was before the recent (fall 2014) changes. As before, the Wizard defaults to sending you to the Cover Wizard for cover creation, but if you have some graphic design skills, you’ll want to choose the advanced one-piece cover designer.

I made the Laura E. Richards books in the smallest available size: 4.25″ x 6.88″ paperback—Lulu calls it “pocketbook” size. They should be here soon, so I’ll post about how they came out and how they compare to my previous paperback publications when they get here.

Editing these little stories in the public domain, using a variety of sources, gave me the opportunity to spend more time learning the ins and outs of Nisus Writer Pro, which I like as a word processor quite a bit so far.  It was also interesting to look over the differences between online versions of the books, and the errors that propagate through various digital versions. (For example, every digital text version of Marie I looked at, including a free Kindle version, was missing an entire chapter.) I usually started with a .txt version of the body text, and compared it as I went along to scanned PDFs to make OCR corrections and to try to replicate some typesetting styles.

It’s been a fun project. I’ve enjoyed learning more about the work of a lesser-kown prolific and popular American author, and I’m already starting on another series.
Books by Laura E. Richards: New Pocket Paperback Editions 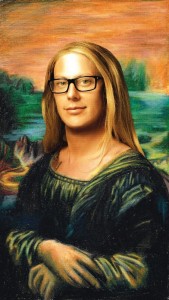 A list of links, largely stolen from a recent Reddit thread of useful sites no one knows about, is up on BuzzFeed. In turn, here are a few links from those lists I hadn’t previously known (or had forgotten) about and think are pretty neat:

MerriamWebsterOnline’s YouTube channel. “Ask the Editor” is a series of videos covering all kinds of word and grammar issues. The perfect YouTube playlist for language mavens in search of something to listen to while folding laundry. Latest video: “It is I” vs. “It’s me.”

The WriteWords Word Frequency Counter. Although it has uses for all kinds of writing, I’m thinking of running cover letters through it to check for commonly overused words like “responsible,” “strategic,” and “effective.” 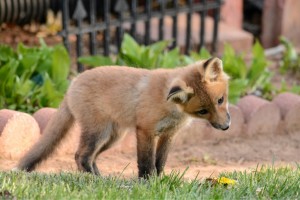 The Online Etymology Dictionary. The work of one awesome person, this would have helped me explain the clear derivative difference between “virgin” and “vagina” when it came up.

Print Friendly.  A version of this functionality should be built into every browser. Available as a handy bookmarklet, Print Friendly does what it says on the tin—clearing away clutter and images from websites while leaving nice, readable text for printing, emailing, or downloading as PDF. It’s meant to save printer paper, and although it doesn’t always succeed at reducing the page count, it does still make most web pages much easier to save, print and read. Actually, to be fair, it might save me printer paper after all—having clean, searchable PDFs of research materials may obviate the need to print some of them entirely.